Tomasz Sakiewicz (born 31 December 1967 in Warsaw) is a Polish right-wing journalist and editor-in-chief of Gazeta Polska. He studied psychology and specialized in child psychology.

In the 1980s, he was involved in movements that cared for children with disabilities. He was also actively involved in the Catholic Independence Youth Movement and the Association of Independent Students. In 1989, he was a co-founder of the Christian National Association. 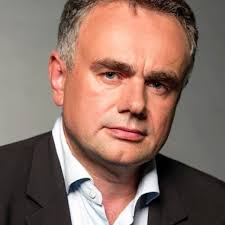