Károly Lóránt is an engineer-economist, born in 1942 in Budapest. Married, father of two adult children. In 1966 he graduated from the Budapest University of Technology with a degree in electrical engineering and in 1970 with a degree in engineering and economics from the Károly Marx University of Economics. He started working as an engineer, and from 1972 he became an employee of the National Planning Office. From 2003 to 2009 he worked as an expert in the European Parliament, from 2010 to 2012 he was an employee of the Ministry of National Economy. He is actively involved in Hungarian public life, and has published more than a thousand articles on economic and social issues in various newspapers.

As a founding member of the EuCET movement, he is a committed supporter of a Europe that preserves its traditional, Christian values, historical and cultural identity, and the sovereignty of its nation-states. 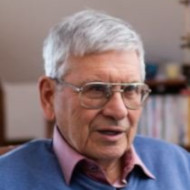