2021. April 6.EuCETExcerpt: The inadequacy of the current European Union is increasingly evident, as the recent story of the tragic vaccine supply mess has also shown. The need to reform it on a new moral, political, social and economic basis is increasingly pressing.

On the future of Europe

We are pleased to announce that the Italian Christian trade union UGL, a partner organisation of the Hungarian National Federation of Workers’ Councils, which has been cooperating with us since its foundation, has joined the European Union Civil Cooperation Council (EuCET), a joint Hungarian-Polish Presidency.

We publish a letter from our Italian civil friends, which shows how close our identities are.

We will continue to look for like-minded people in the V4 countries. We trust that the civil forces we represent can effectively represent the future of Europe in the future.

We plan to hold our third meeting in Warsaw in late autumn. You can find the proceedings of the 2020 Budapest online meeting on the EuCET website (www.eucet.hu).

Contribution to the booklet “THE FUTURE OF EUROPE”

The inadequacy of the current European Union is increasingly evident, as the recent story of the tragic vaccine supply mess has also shown. The need to reform it on a new moral, political, social and economic basis is increasingly pressing.

Our model of Europe is not the current supranational entity governed by bureaucrats and technocrats not elected by anyone which imposes its choices on the European peoples from above. We want to move from this European Union to a European Confederation of free and sovereign nation states, capable of cooperating on the big issues: security, single market, defense, immigration, research, foreign policy; but free to self-determine. We focus on the richness of diversity and respect for differences as the cement that binds European nations to each other. We strongly support subsidiarity, which we believe is an essential principle for an equitable distribution of power between the EU, nations and local authorities, for the best interest of all citizens.

In the remaking of the European treaties, the classical and Christian roots of the Europe of our civilization must be explicitly recognized.

The values of freedom, democracy, equality and the secular state are the result of our identity and the most marked legacy of our culture. No giving in to those who would like to eliminate the symbols of our Christian tradition, ban the nativity scene or remove crucifixes from public places. Opposition to the ongoing Islamization process: ban on funding of places of worship, media and cultural activities by fundamentalist states; contrast to integralist proselytism that feeds terrorism and introduction into our legal system of the crime of Islamic integralism. No to Turkey in Europe. Ceiling on the maximum number of foreign students in school classes and integration policies to avoid the creation of ghetto neighborhoods. We want a Europe that defends the discriminated and persecuted Christian communities in the world.

The social market economy model was born from European culture, which combines business freedom with support for those in difficulty. This is the approach that we want to resume and strengthen with the use of European resources. It is necessary to give a concrete economic help to those who are unable to work for objective reasons: children, disabled people, pensioners, over sixty-year-olds with no income. Minimum pensions must be increased and disability benefits doubled. We need a real recognition of the social function of “caregivers”, of those who take care of a non-self-sufficient family member, concretely protecting them in the workplace and in the regulatory environment. Support for the third sector. A Pact for Health between the State and citizens with forms of incentives, including fiscal ones, for those who carry out correct and periodic health prevention. Guarantee the right to health with the improvement and extension of health services also in the dental field and the widespread diffusion of hospital centers. Contrast to drugs and addictions. Recognition of sport as an essential tool for physical and mental well-being, enrichment of values, contrasting youth deviations, guaranteeing physical activity from primary school to the elderly.

Europe must also defend nature and the environment. We want Europe to be at the forefront in protecting the territory, the landscape and nature: training in environmental protection since school; banning all non-biodegradable products; fight against all forms of pollution; support for the conversion of companies with a high environmental impact or plastic materials production; support for clean and renewable energies; protection of our seas and restoration of our coasts; safeguarding the rural culture and the activities that carry it; contrast to intensive farming that cause suffering to animals and damage to human health. Duties for states that do not respect the environment.

One principle must be clear: it is not possible to enter Europe illegally. The European external borders are unique and the rules must be common, which is why we want the whole European Union outside the UN Global Compact which wants to promote unlimited immigration. Military control of the external borders and a European mission for a naval blockade in order to prevent the boats from leaving North Africa and thus stop the deaths at sea. Those who enter Europe illegally must be detained in supervised centers and repatriated thanks to agreements between the EU and third countries. No to ius soli in Europe. Regular immigration quotas only for nationalities that have proven to integrate and do not create problems of security and terrorism. Contrast to any form of neo-colonialism in Africa, the cause of poverty and emigration; end of the CFA African Franc system with which France exploits its former colonies and replacement of this with the CFA euro to launch a European investment and development plan in Africa.

Europe must be a safe place to live. All forms of delinquency and criminality – partially favored also by free movement – have to be firmly repressed. The maximum collaboration of European states is required to put an end to these criminal phenomena. Relentless war on drugs and drug dealers; contrast to the criminal gangs of home thefts and robberies; repression of every mafia, including the emerging Nigerian mafia culpably underestimated so far. Support for law enforcement and armed forces to adapt them to European standards: decent salaries and overtime payments, adequate staffing, means and technologies useful for combating crime and terrorism. Control of the territory also with the contribution of the army. Certainty of the sentence: stop to automatic penalty discounts and construction of new prisons. Immediate expulsion for foreigners who commit a crime and execution of the sentence in the country of origin.

Europe must not become the playground of France and Germany, which use the European institutions to serve their own interests at the expense of other member states. The European Union is in the interests of big capital, multinationals, lobbies that generate huge turnovers that only minimally translate into wealth for the national communities and into jobs. The austerity policies imposed by the European Union have been a failure, they have impoverished the population, put companies in crisis and created unemployment. Only Germany and big business have gained in this. It is time to reverse course and put an end to this suffocating austerity, not to fuel unproductive public spending, but for an impressive national and European plan of public investments outside the limits indicated by European parameters, in infrastructure, transport, digital networks, school buildings, securing the territory.

The euro was a big deal for some states and a bad one for others. The single currency was, without a doubt, a huge advantage for the Germans who earned an average of 1.300 euros a year from it. The nation that lost most of all was Italy: every Italian lost 4.000 euros a year. An unacceptable situation. Therefore, compensatory measures must be implemented in Europe between the states benefiting from the single currency and those, such as Italy, penalized by it. We need a radical reform of the European Central Bank, we need to radically revise the European banking rules so that the banking system must be a support tool for businesses and families and not at the service of speculative finance. Commercial banks and investment banks must be separated immediately. 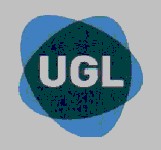 RESPECT FOR THE GREAT POLISH NATION

RESPECT FOR THE GREAT POLISH NATION

Tomasz Sakiewicz, Editor-in-Chief of Gazeta Polska, and László Csizmadia, President of CÖF-CÖKA, in Budapest, renew cooperation between NGOs from the two countries.

Tomasz Sakiewicz, Editor-in-Chief of Gazeta Polska, and László Csizmadia, President of CÖF-CÖKA, in Budapest, renew cooperation between NGOs from the two countries.

Swedes will go to the polls in a historic election on 11 September. For the first time in their modern history, there is a viable alternative government that embraces genuine conservative and national values. This coalition is made up of the Liberal Conservatives, the Christian Democrats and my own former party, the Sweden Democrats - a national-minded, social conservative party.